Bites Tale : I'm feeling better now... still feel a bit of pain on the neck... sometimes makes me dizzy and headache... Now i can drive, go window shopping, eating out and work as usual... only when i am tired then i wear the neck support and be careful not to have big movement on the neck (just stay slow and steady). But i feel tired easily... always wanted to sleep... and i'm feeling a bit "slower and dumb" than before... doctor said is normal due to shock... sigh...

Have not set any new year resolution yet... but i think i won't be setting any for 2008... i somehow noticed that i've "changed" after the accident... it seems like everything doesn't seems to be as important as before anymore... most important is just to be happy and don't stress myself too much. With so many loved ones around me and people who loves me (including you, my blogger friends), i really don't have anything to complaint... but to feel really grateful and blessed.

Some were wondering actually where have i been... that how come i was in a boat coming out from Selingan Island and what happened to the leeches that i blogged previously about how scared i am to them. So, i'll be blogging about my trip in details soon.

To start, there were 6 of us which includes 2 guides and 1 driver. Why driver? Because we went for a self-driving trip from Kota Kinabalu to some of the major tourist spots all around Sabah. Here's the itinerary :

Off from Mesilau to Kota Kinabalu (Home!)

As you all know by now, the trip ended after the accident, 3 of us went home straight by plane on 16 December evening... while the 2 guides and the driver remained in Sandakan to wait for copies of report and will drive back to KK after that.

Although we couldn't finish our journey, but we were really glad that all of us still alive and not badly wounded.

Speedboat overturns but 22 (including tourists) safe
18 December, 2007
Sandakan: Twenty-two people, including 10 foreign tourists, were plucked from sea after the speedboat they were riding overturned near Pamaguan Island, about a 20-minute boatride from here, Sunday.
It was learnt the vessel was heading towards Sandakan from Selingan Island when the mishap occurred at about 7.50am.
The boat overturned after the boatman swerved to avoid hitting a log, resulting all the passengers being thrown overboard.
The passengers and the boatman were rescued by passing fishing trawlers, about 30 minutes later.
Some of the tourists claimed they lost all their belongings including passports, cameras and cash while giving their statements at the downtown police station the same day.
The tourists comprised six Britons, including three women, two New Zealenders and two Australians. The locals included three Public Works Department staff and a ranger, among others.
The tourists, aged between 22 and 57, left for Kuala Lumpur on an AirAsia flight at 5.10pm, shortly after giving their statements.

(News taken from http://www.dailyexpress.com.my/news.cfm?NewsID=54723)
I was one of the local tourist and our journey ends after that incident (we were suppose to drive back to KK from Sandakan and stopped by Mesilau for 1 nite before we reached KK)... we flew back to KK that evening.
It was a very frightening experience as i am a non-swimmer.
But 1st, the fact is... the boat overturned after 20 minutes when its on its way from Selingan Island to Sandakan (we need 1 hour speedboat ride in very fast speed to reach Selingan Island from Sandakan on the day before). The mishap happened on 7.40am instead of 7.50am. After we were rescued, it took us approximately 1 hour and 40 mins ride back to Sandakan by the fishermen's boat. We were not sure whether or not the boat overturned because the boatman is trying to avoid a log... but the boat was very fast and it might be overloaded... as the boat operator told us the maximum no. of people to get on the boat is 18, but there were 22 of us that day.

I am not sure why the boat has overturned as i was too tired due to lack of sleep because we waited till 4.30am for the turtle to come up to the beach to lay eggs. When the boat overturned, i was closing my eyes. I opened my eyes when i heard my friends screamed... that's when i saw the boat went "off-tracked"... and i fell into the sea..
That's was scary!
I can't remember clearly what happened next.. but remember i saw water covering me and i swallowed lots of sea water while struggling... after that, i can't recalled what happened.
Next, when i opened my eyes, i was stucked under the overturned boat.. and i don't know which part of the boat i'm at.. all i could smelled was gasoline... luckily there was a small space where i can breathe.. it was then, i heard a lady asked (i can't see her from where i am): " Are you okay?"... i replied: "I'm... scared... i don't... know... how to... swim..." and she said (while holding my hand): "Don't worry, i'll be here with you.. i'm sure someone will come and save us!"

Then.. not long after, she said: " Some one is pulling my leg.. i think they are coming for us." I said (while trying to breathe): "Please help me.." Next, i felt someone is pulling my leg too.. and i fell deeper into the water (without knowing what to do, i just hold my breathe, closed my lips tightly and closed my eyes)... soon i am on the surface.. but no one was beside me..

I saw the boat.. which was unreacheable from where i am.. i saw a foreigner (man) in front of me and i asked him for help.. but he ignored me.. i cried and begged him to help me because i don't know how to swim but he told me no because he scared i will pulled him down.. (without realising i am actually floating with the aid of the life jacket as i was too panic and scared at that time) i tried to grab anywhere i can.. his hand, his shirt... while he swam away.. until i heard my friends calling out my name... i think he heard it too.. so he swam towards them and they grabbed me and pushed me up to the overturned boat.

I was really panic and keep on crying... i was having my period too.. i felt so weak.. i can't even balance my body to lie properly on the back of the boat and can't hold the boat tightly as the surface was too slippery due to fungus... and kept sliding down into the water but my friends each grabbed hold of my foot.

It was scary when we finally can looked around and only realised that there were no sight of any boat nearby that can help us.. luckily, one of my friend remembered there's a whistle in the pocket of the jacket... that's how a fisherman's boat came but it was too small.. as it can only fit 3 person... they told us they will seek for help.. that's how the big fishermen's boat came.

Luckily, all of us are alive...i got some injury on my neck (retrolisthesis of C4 over C5) which now i must stopped maintaining a certain posture for too long.. e.g. i need to rest every 15 minutes looking at the computer / reading... chest and ribs aching, muscle pain and felt some pain on my head. But, I can't remember how i got them.. according to the lady, she thought i was unconscious as she has been calling me a few times.. but i gave no response at all and i was not moving..

I'm really thankful to her.. Madam Susan Collins from New Zealand.. thanks for being there when i was really scared.. it really meant alot to me... being so helpless and scared at that time and not knowing what to do... her presence was like a guardian angel... thanks to the man who swam towards my friends and also another tourist (man) who helped me to get on to the fishermen's boat. I just couldn't thank you enough.

The accident was on Sunday, and my birthday was on Monday... at the time i fell into the sea, i thought.. i won't be able to celebrate my next birthday... according to my friends i "dissappeared" for 10 mins... they thought they had lossed me... they were so panic and when they saw me they cried... according to our guide, i'm the last one who came out to the sea surface... i'm lucky that i survived... we hugged each other and cried when we were rescued.. it was really scary... i am having nightmares these few nights... i keep "seeing" what happened even during the day times... although my birthday was mostly spent in the hospital.. but it was really great to be home.

I am really thankful to all... and to God. And although physically i feel so weak now, but i feel great being alive and able to be together with all my loved ones!

Bites Tale : Still have alot of things to buy and pack! I think i'll be wearing my Reebok shoes (which is meant for aerobic) if i can't find the trekking shoes that fit me... i think it should be ok.. hope so.. if not, instead of walking .. i'll just do "roller-blading" in jungle.. muahahaha.. but then.. if i slipped, then all leeches will be crawling on my body... die (can't laugh anymore)!
Getting very busy getting ready for the trip... so many things to buy and prepare... at the meantime also busy with work..

So i'll be taking a break off from blogging now till i'm back.

See you in 2 weeks time!

A safe journey from and back home! (That'll include all i guess...)

Till then, see ya!

If Money is not a concern

Bites Tale : Help!!! I wanted to look for a pair of trekking shoes, but can't find the suitable size.. all trekking shoes are so big... i'm a size 5!

This is tagged by Sweetiepie.. i think it's good to do this... at least i'm allowed to dream for a while...

"What are the 5 gifts you would buy for Yourself this Christmas, if you had unlimited income?"

1. I want a House... a place where i can called "Home";
2. I want an air ticket to go to Europe, Japan and Hong Kong.. i wanna go to Provence!!!;
3. I want to donate and do charity;
4. I want to buy a few property in all parts of the world for investment;
5. If possible, i want a Doraemon! (So i can use the Doraemon's door to get to everywhere i want to!)

I wish all my wishes could come true! 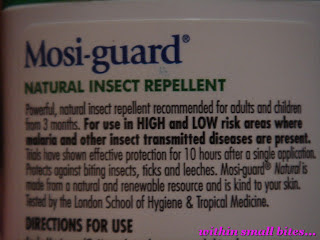 I think this is the only insect repellent that claimed it protects against leeches! Got it @ RM29.30 for 100ml bottle from Guardian Pharmacy... 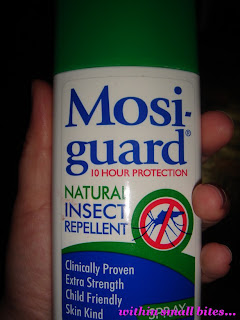 I hope it's not just another advert scams... please don't fail me...
Posted by MeatballOnline at Tuesday, December 04, 2007 4 comments:

It's not my birthday yet!

Bites Tale : I pray that i won't get any leech bite, bug bites, malaria and any other diseases or infection or allergy.. i pray that there will be no rain from now on until i reach home safely and i pray that i can come back on time for my birthday!

Hehehe... thanks for the early birthday wishes!

But, my birthday is in another 2 weeks time only. The cake is suppose to be eaten on my birthday, but the Ma Baker's Cafe will also be closed on the same day, that's why i can't book the cake for myself as a reward from my success in surviving the scariest trip in my life!

I'm now busy with work and busy with preparing the things to bring with me for the trip.

Will be going off this weekend, in the meantime, please help me to pray there is no rain from now on!