Bites Tale : My sis, Chloe, is one of the 10 Finalist for Miss Borneo Tourism Queen International 2010. We are all very happy and proud of her, supporting her in every way we can, and i can't wait to see her 1st appearance at the Movie Premier of "SALT" at GSC Suria Sabah on 29 July 2010! 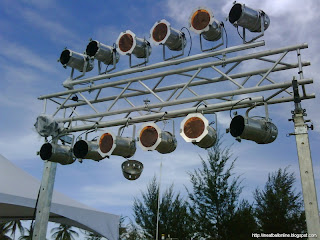 I had the opportunity to along and helped out at the Kudat Tip of Borneo Music Fest on 3 July 2010. Enjoyed the performance very much and appreciate how the members of Jesselton Philharmonic Orchestra (JPO), Mr. Roger Wang and friends and also Sabah Tourism Board / Sri Pelancongan Sabah have all work hard to make this a successful event.
Here are some of the pics i've taken : 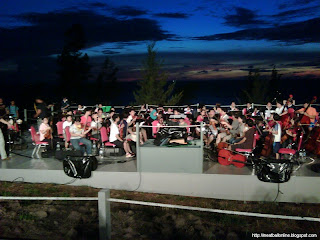 Pic : The JPO members have been rehearsing since 4pm that day under hot sun and strong wind. The strong wind gave Mr. Yap KV (the sound engineer for JPO) and the sound system service provider a big headache that evening! 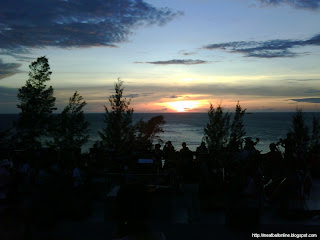 Pic : Look how nice was the sunset during the rehearsal 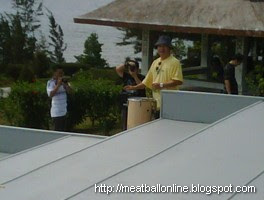 Pic : This is Mr Peter Lau with his cute drum set, moving it up on stage for the rehearsal. 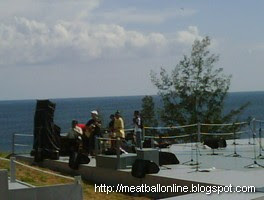 Pic : Mr Roger Wang and friends setting up their instruments and rehearsing under the hot sun at 2.30pm 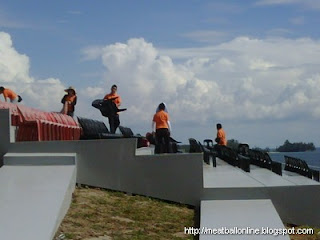 Pic : Meanwhile, the staff of Sabah Tourism Board is busy arranging the chairs for the audience 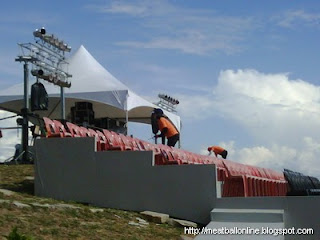 Pic : After arranging the chairs, they have to wipe each chair to make sure they are clean for the audience to sit. Bear in mind that this event is Free, no selling of tickets and open for Public, i really appreciate that.

Event starts : (I didn't take much pics as i was doing my "chores" while the members are performing) 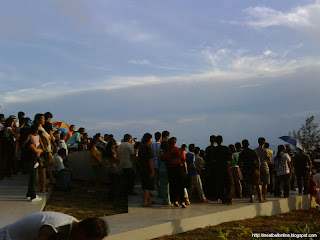 Pic : Look at the crowd! The seats are all full and some have to stand. 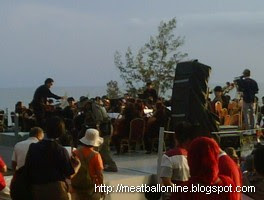 Pic: This is the nearest i can get to the stage. The conductor is Mr. Yap Ling.
This last picture taken from the walkway down to the Tip of Borneo, look at the crowd!!! 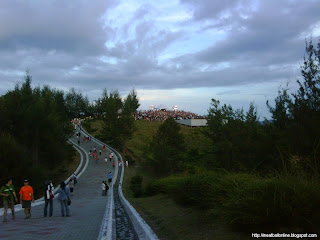 Looking forward to another Music Fest at Tip of Borneo... The last time they have this event is in Year 2006, hopefully we don't have to wait another 4 years for this.
Posted by MeatballOnline at Sunday, July 11, 2010 No comments: